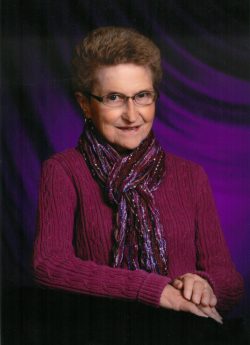 Betty was united in marriage with Robert Paul Kiesau on October 20, 1958 at St. Paul Lutheran Church. To this union three children were born. Throughout the years, Betty worked at N. W. Bell Telephone in Cedar Rapids, was secretary for the Monona High School and Parish Secretary for thirty years at St. Paul Lutheran Church, worked part time as a sales rep for Newton Manufacturing and also did clerking for Kregel Auction Service. She was Cub Scout Leader and a member of the MFL School Board, Monona Community Club, St. Paul Lutheran Bell Choir and many church committees.  She enjoyed doing jigsaw puzzles, sewing and having coffee with the girls.

Visitation will be held from 4-7 pm on Wednesday, September 11, 2019 at Leonard-Grau Funeral Home and Cremation Service in Monona, Iowa. There will also be a one hour visitation before services at the church on Thursday.

Funeral Service will be at 11:00 am on Thursday, September 12, 2019 at St. Paul Lutheran Church in Monona, Iowa with Rev. Erika Kielstrup as the officiant.

Memorials may be directed to St. Paul Lutheran Church, Monona, Iowa, Good Samaritan Society in Postville, Iowa or the charity of your choice.

Leonard-Grau Funeral Home and Cremation Service of Monona, Iowa is helping the family with arrangements.