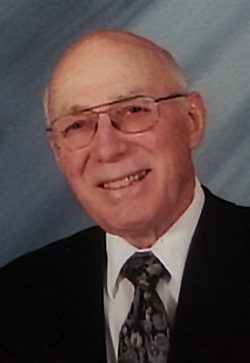 Kenneth was united in marriage with Helen (Thayer) Whitcher on September 7, 1998. Kenneth took great pride in his homestead and was an outstanding farmer. He was involved in the Scottish Rite Masons in Cedar Rapids for sixty-three years, Elkahir Shrine in Cedar Rapids, Northeast Iowa Shrine Club, Greeters Unit, Served as Worship Masters of the Masons, Royal Order of Jesters and West Union American Legion. Kenneth was proud to be recognized as 32nd Degree in the Masons.

A Visitation will be held from 4-7 pm on Monday, September 21, 2020 at Burnham-Wood-Grau Funeral Home and Cremation Service in West Union, Iowa.

Funeral Service will be at 10:00 am on Tuesday, September 22, 2020 at United Methodist Church in West Union, Iowa with Rev. Rick Burns as the officiant.

Burnham-Wood-Grau Funeral Home and Cremation Service of West Union, Iowa is assisting the family with arrangements.